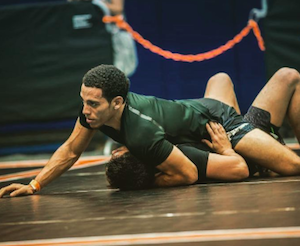 Daniel Smith, a Brazilian purple belt, will be stepping up on behalf of Straight Blast Gym Buford to take on accomplished MMA fighter Joe Elmore. Daniel is an active martial arts competitor who competes as frequently as possible, in and around the Buford, GA area. Often pulling two-a-days at the gym, Daniel prides himself on his incredible conditioning and stamina. At a local Brazilian Jiu Jitsu tournament, Daniel set a tournament record by competing in a 60-minute match! 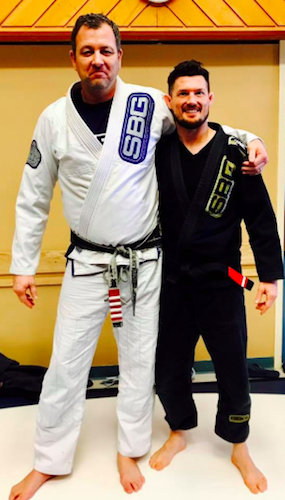 In the main event, we have SBG Buford’s Head Brazilian Jiu Jitsu Coach, Phil Gentry. Phil is a Brazilian 1st degree Black Belt under Matt Thornton, President of Straight Blast Gym. No stranger to martial arts competition, Phil has seen his share of success on the big stage. In 2009, Coach Phil won a gold medal at Pans, as a purple belt. Phil’s martial arts competition experience also stretches to Mixed Martial Arts, where he won an amateur championship in 2011.

NFC 107 takes place at Center Stage Amphitheatre, in midtown Atlanta. Dozens of the city’s top martial arts competitors will be taking to the stage to showcase their Brazilian . Tickets can be acquired at Straight Blast Gym Buford. Be sure to grab a pair and come out to support Daniel and Coach Phil as they represent Straight Blast Gym Buford’s martial arts program on the big stage!