Dennis Aguirre is July's Martial Arts Member of the Month

Dennis has done just about everything at Straight Blast Gym. Fitness Performance, Barbell Club, Muay Thai, and Brazilian . At the end of he added something else to his resume; Kickboxing competitor.

Having started training in Kickboxing and Muay Thai about 6 months ago, Dennis was unsure if he was ready to step up and compete at an amateur level. A few days before the competition, he decided to go for it and threw his name in the hat. On fight day, Dennis was ready to go. Muay Thai and Kickboxing coach Jim Sheppard recalls:

“For a first time fighter Dennis was incredibly relaxed and composed. The first round of his first fight saw him be a little hesitant, which is to be expected, but that second round her turned it up! After about 60 seconds of the 2nd his opponent had decided he’d had enough quit.” 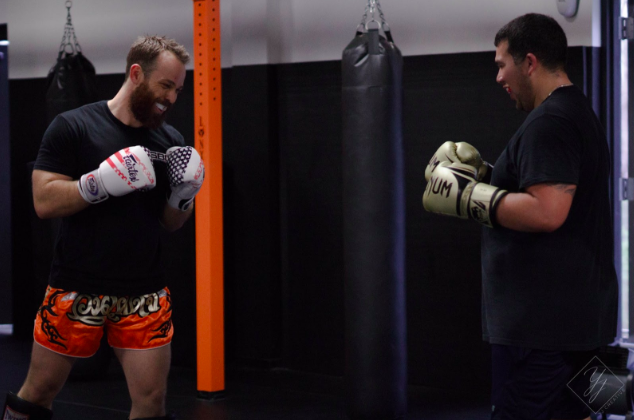 Dennis had earned a victory in his first ever kickboxing fight! He ended up battling to a hard-fought decision loss in the finals (to another SBG athlete). The end result didn’t really matter; Dennis had just gone out there and fought in front of a live audience. Dennis didn’t join Straight Blast Gym to be a fighter, or to compete in a cage, but he took a chance and tested himself. 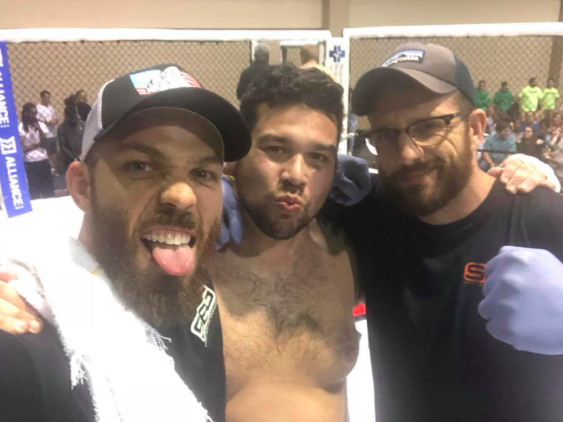 Amazing job, Dennis. All of your coaches and teammates are incredibly proud of your hard work, and congrats on picking up that big win!