“I enrolled my son in Brazilian Jiu Jitsu so that he could learn to deal with bullies.  My husband and I wanted a martial art that would build his skills to deal with older, bigger kids at school.”

It’s a familiar introduction of the martial art known as Brazilian Jiu Jitsu, whether it be to a young boy or girl.  As the popularity and awareness of BJJ spreads throughout the martial arts world, parents are becoming more and more familiar with the most practical and useful self-defense known to man.  It was this feature of Brazilian Jiu Jitsu that brought Jonah and his family to Straight Blast Gym Buford way back in 2015.

At the time, Jonah was 6 years old.  He began training at Straight Blast Gym Buford in our Chimpanzee age group of Brazilian Jiu Jitsu athletes (at the time 6 years old to 8 years old).  Like every kid who is new in our martial arts program, Jonah started with the basics, learning to move and control his body in a way.  As he began to increase his speed, functional strength, and knowledge of Jiu Jitsu, his progress began to skyrocket! 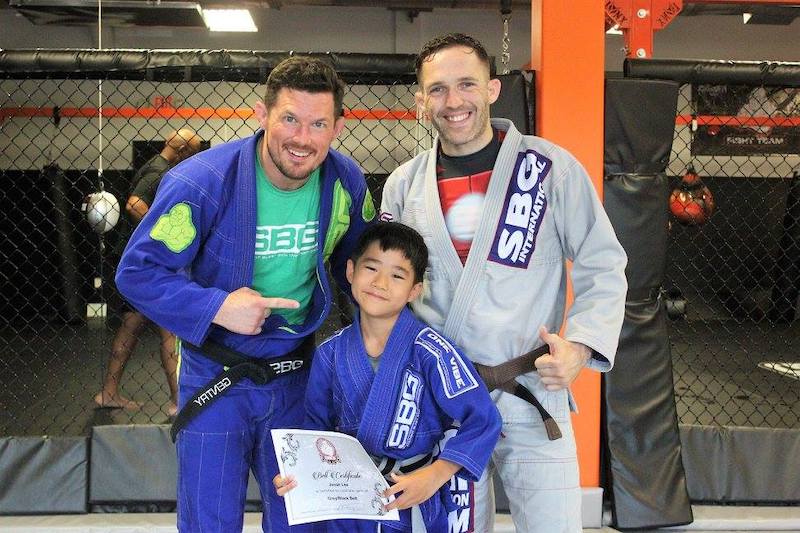 In the ensuing years, Jonah began to compete in local martial arts tournaments in Buford, Suwanee, Atlanta, and other surrounding communities.  Between these competitions and his excellent attendance record, Jonah moved up the Brazilian Jiu Jitsu hierarchy steadily and consistently.  He was invited by Head Brazilian Jiu Jitsu Coach Phil Gentry to join our Submission Samurai program; a team reserved for our frequent and regular martial arts competitors.  Earlier this year, he received his yellow belt in Jiu Jitsu! 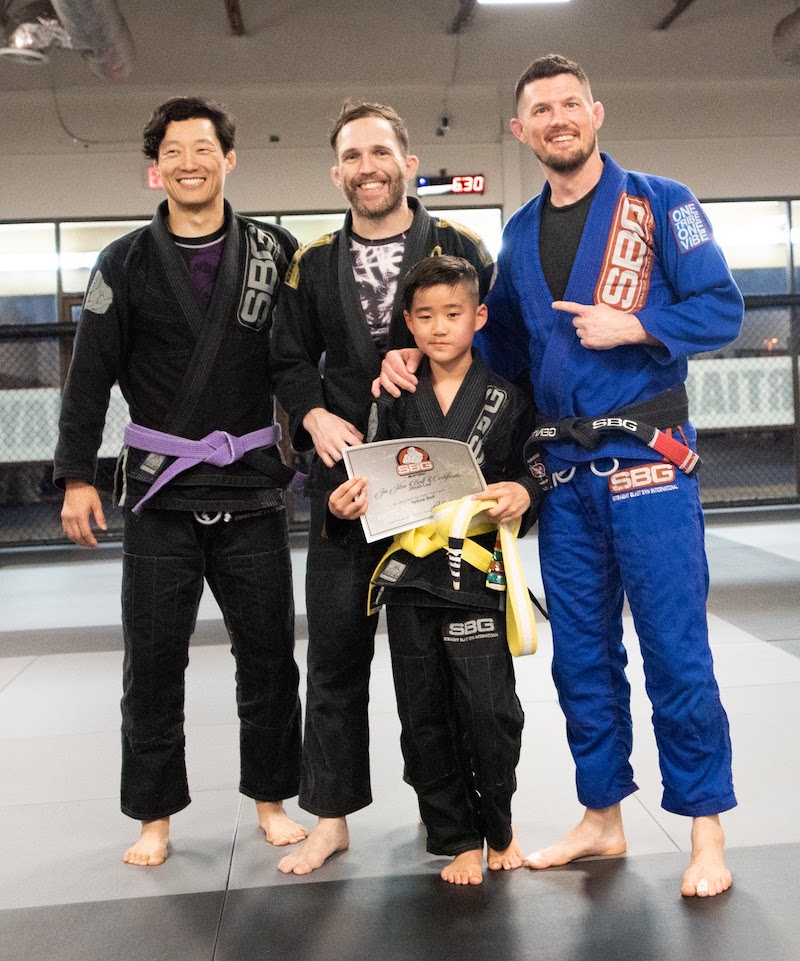 Jonah’s mom credits his martial arts progressions, not to mention tremendous boost to his confidence and resilience, to his coaches.

“His favorite things about SBG are his friends and the coaches.  Without these kinds of relationships I doubt he would have stayed with a sport for over 4 years.”

Fantastic work Jonah!  We look forward to seeing just how far you can take your martial arts game!